Blog update: It’s been a while since I last wrote anything on the actual blog. As I feel like things are constantly changing, I am trying to discover what my “niche” is. I sort of have an idea but my view is as people we are always learning and growing. I’ve been having serious thoughts about my outlook on life. So with that being said, I’ll be “offline” a while as I will be working on some new blog posts for your reading pleasure. I’ve been inspired to pick up the pen again and write about some real thoughts. Disclaimer: It’s going to be good.
Throwback to this beaut! @andersonsconnvalleyvineyards
Hi everyone! I see some new followers on here. Wanted to briefly introduce myself; my name is Natalie and welcome to my personal blog called Stilettos and Espressos!! Outside of my regular job, I am a MD wife and mother to two mischievous, loving boys! I love to cook, organize things and spend time with family and friends. This blog is mainly a hobby of mine encouraged by a colleague of mine @teaandtulipdesigns! In my spare time I enjoy reading new books, writing and wine tasting! I love to work out because I think it’s the best therapy. I’m a proud Croatian-Canadian and have lived in three different cities over the course of 7 years. I’ve contributed about my experiences with motherhood with my friends @lifetimeoflovedoula, specifically about pre-term birth. Welcome to my little space where I like to share with you some of my thoughts and inspirations.
Callalillies and coffee ☕️ 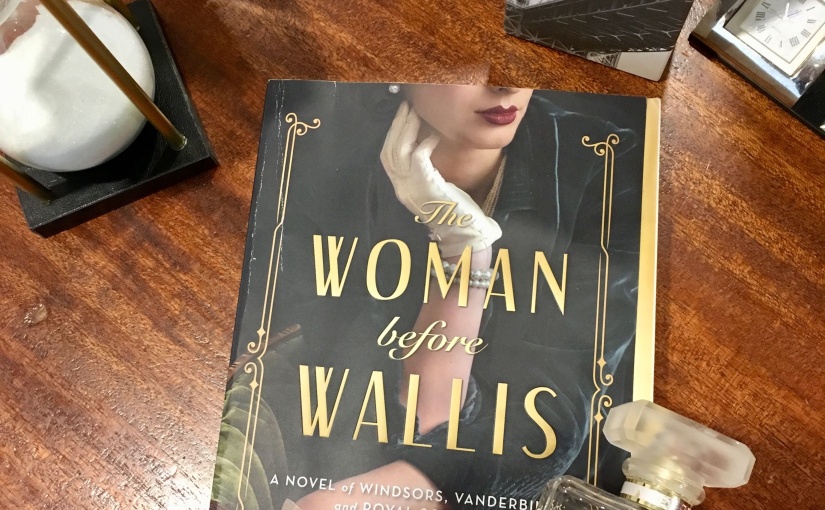 Long before Meghan, Duchess of Sussex and Diana, Princess of Wales, there was another controversial Royal that caused a stir within the house of Windsor: Wallis Simpson, also known as the Duchess of Windsor. Wallis’ relationship with Edward VIII (also known as David,) led to his abdication to the British throne and in the words of David himself, had no choice but to “discharge my duties as king as I would wish to do without the help and support of the woman I love.” David’s abdication prevented a constitutional crisis from occurring in Britain and was a story that rocked the entire world.

However, this particular novel is not about Wallis, but the woman who introduced David (then the Prince of Wales) to Wallis: Thelma Morgan, the Lady Furness, who is the protagonist in Bryn Turnbull’s debut novel “The Woman Before Wallis.” Thelma was a American socialite, and twin sister of Gloria Vanderbilt, who was married to Marmaduke Furness, the 1st Viscount Furness, at the time. Through the Viscount Furness, Thelma met many prominent figures within British high society, including some members of the British Royal Family such as Edward, the Prince of Wales.

The book highlights the many scandals that rocked the house of Windsor throughout the 1930’s and high-class society at that time. It discusses topics that were considered controversial during that period of history, such as divorce, homosexual relationships and extramarital affairs. The story is loosely based on Lady Furness’ life and goes into detail about her relationship with the Prince of Wales. During this period, her twin sister, Gloria, was also entangled in her own scandal as her relationship with Nadejda Mikhailovna Mountbatten, the Marchioness of Milford Haven, was up front and centre during her custody battle over her daughter, “Little Gloria” in New York. The trial is known as one of the biggest and most scandalous custody battles in U.S. court history.

Some of the prominent themes throughout the novel are the need to be accepted and loved; the balance of rank and power within high society and the importance of family. Thelma in my view, is a strong character of principle who is completely devoted towards her family and makes all her choices by following her heart. Author Bryn Turnbull describes her quite exquisitely and does not miss a beat. Turnbull proliferates the importance of family throughout the novel, as made evident between the relationship with her twin sister, Gloria, and devotion towards her ex-step-daughter, Averill. Finally, Thelma’s previous marriages heavily influenced her decisions regarding her journey towards finding true love by which the author describes very eloquently all throughout the novel.

An excellent debut for author Bryn Turnbull, I could not put this novel down. If you enjoy reading about royal history with a bit of a twist, then this book is just for you.